Russia is currently working on a new hypersonic missile, which can carry nuclear warheads and breach existing missile defense systems, according to military experts. The new weapon is part of Russia’s plans to modernize the country’s strategic missile force.

Russia is said to have spent several years developing the “Yu-71” missile, under a project codenamed “Project 4202.” The missile is claimed to have a maximum speed of 11,200 kilometers per hour (about 7,000 mph or Mach 10), and is also said to be highly maneuverable. Russia has so far carried out four tests of the Yu-71, with the most recent test flight conducted on Feb. 26, Russia’s Sputnik News reported, citing a recent report by Jane’s Intelligence
This is MSN news. 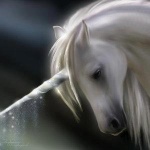 Legasy of cold war, with proliferation of new WMD.