Drilling into a Fault...

Drilling into a Fault... 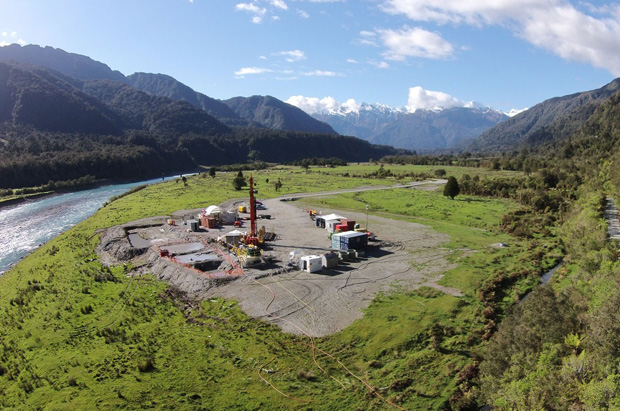 As of this morning, the landmark drilling project at Whataroa Valley, north of Franz Josef Glacier, had reached a depth of about 490m and had encountered temperatures of more than 60C.

The multinational project, which has a goal of drilling 1.3km into the earth, would ultimately allow scientists to install monitoring equipment into the fault, where small earthquakes, temperature, pressure and chemical conditions could be studied.

By comparing rocks retrieved by drilling with rocks exposed at the surface, the research team hope to discover how the earth's crust deformed during earthquakes.