20 Mysterious Photos That Should Not Exist

I have read about many of these pics, some have been explained like the time travelling man (he is not) and some have no explanations, like the Phoenix lights.

I'd love to read more about that skun ape one (it looks so real) and the black knight.......never heard of it!

Wow great vid, I hadn't seen some of those!

Number 1 is just freaky! Never heard of that before.

Ags, just wondered how was the time travel man explained, was it not an old pic like they said?

Ags, just wondered how was the time travel man explained, was it not an old pic like they said?

I read about it on a forum, I think it was ATS where some showed that his jumper, sunglasses and camera were from that time and not from the future.

But... how does that prove anything??

I think it's more likely the picture is more modern, on a film set or something

But... how does that prove anything??

Just doing my critical thinking thing. Used to me yet?

We love you anyway, Rogue!!

The theory that he is from more modern times is based on his casual clothes, sunglasses and camera.

Casual clothes: not unusual even in the 1940s. The 'modern' shirt worn by the man is probably a Montreal Maroons Hockey team which existed until 1938........the man was probably from Montreal or a fan! As the team disappeard after 1938 I think it makes more sense to wear such top in the 40's than nowadays!!!! The man’s knitted sweater also doesn’t indicate anything out of the ordinary for the 1940′s.

Here is a Montreal Maroons Hockey team top from the 40's. 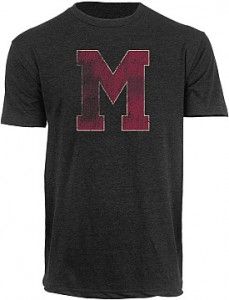 The camera: The “modern” camera in the man’s hands is not clearly shown, but Kodak did produce cameras of this size at the time. Another man in the image is also holding a camera. 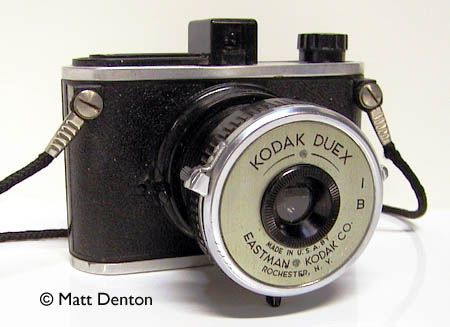 Sunglasses with side shades were very common in the 40's......here is a picture. 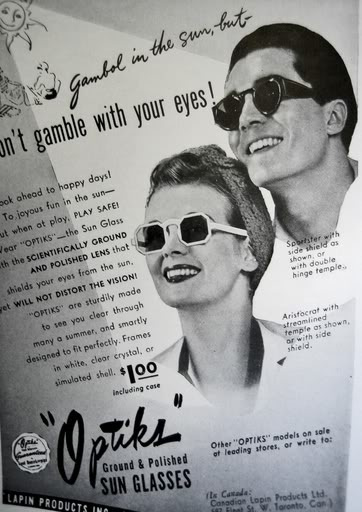 mmm... could he have not changed his clothes and grabbed a camera?

mmm... could he have not changed his clothes and grabbed a camera?

Not that fast lady! Did you ever watch Quantum Leap?

Not that fast lady! Did you ever watch Quantum Leap?

Ohhhh! I LOVED Quantum Leap, was addicted with it!!!

I want to seee those lights!

A mysterious photo of a 14th century church in Romania: That shape is a shield, Whitty (click on the Ufology site link I have provided):

Marc Dantonio, Chief Photo/Video Analyst for the Mutual UFO Network (MUFON) says the shield-shaped object in these images is just that, a military shield.Dantonio came to this conclusion by researching France in the late 1600s. He found the shields of that period did appear just like the images depicted in the coins. Furthermore, there was a civil war in France in 1680, in which the territorial aristocracy was replaced by the absolute monarch of Louis XIV. He believes the shields were placed on the coins to illustrate King Louis’ strength.

Here I found some pics of those coins, for you to see the shields  are the same (Romania was under Papal influence in the middle ages, hence the connection to Catholic France). The shields were a symbol of Louis XIV strength: 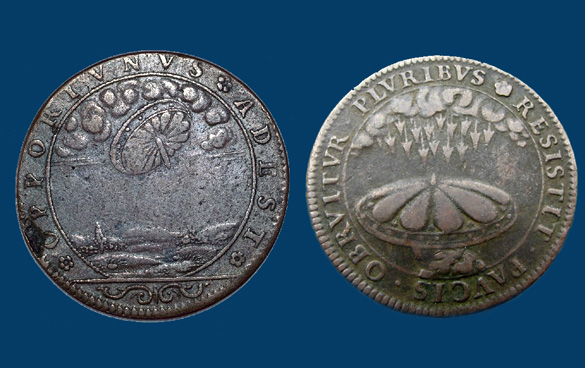 But, there is still a mystery (same source):

Although, Dantonio says the object is a shield, he admits that it is still a mystery as to why they are in the sky or coming out of the clouds. He writes:


“One story is that this particular coin is showing Jupiter’s Shield falling to Earth to aid Numa Pompilius, the second Roman king. The shield it said led them to victory during desperate times. But even so, it is still interesting that the shield was bestowed from on high. Was there some otherworldly influence rooted in their culture that prompted putting the shield in the sky? Protection or technology from above perhaps? That’s still a mystery.”

I imagine they are comparing it to a shield..
the same we.....in the early days compared them to saucers

Perhaps and more likely future man will be trying to survive on a planet that we have all but destroyed Mr. W. to worry about our plates in the sky!

Romania and Poland are both countries with some very strange things and even stranger beliefs. Both are staunchly Catholic but still believe in fairies and demons and other mystic tales. Their forms of religion are a curious mix of Christianity and Paganism.