The Past Lives Thread

The Past Lives Thread

Apologies in advance if there was already a thread on this, but was surprised when there seemed not to be, so have decided to make this one.

So I was thinking. Who else here believes in past lives and believes they have them? Is it considered a sensitive subject?

As well as the last 4 past lives I picked up on (Which I am reluctant to share here because 3 of the 4 people I believe I was actually have Wikipedia pages!), through Hypnotherapy and intuition I have picked up on Ancient Egypt, the Wild West(I was a Native American who was captured by cowboys), Scandinavia(I was a Viking), Japan(Seemingly my sister in this life was my mum in that life, and I think I may have been a Samurai, as I've always been drawn to Samurai swords, and I’ve always been powerfully drawn to the Samurai mentality and style). I've also picked up on a past life in England in the early 1600s, and a past life in Dundee(The place where I live now) in the early 1800s, where I was a worker in a jute mill - probably helps explain the connection I feel with this place, as well as some of the personality traits I have in this life which feel very similar to hers.

These are all places and things which I've always been very drawn to, and I've only picked up on small fragments of these past lives so far, but I'm hoping to discover more soon.

I believe in past lives... I've learned some through dreams and some through others doing a reading for me. I'm conflicted atm with the subject as genetic memories could also explain quite a lot of past life phenomena.

Several of us here feel very strongly connected... some want to explore the various levels of connection, some do not. I may feel a connection but nothing has ever been 'confirmed', so far I do not share any past lives with anyone I know.

I've had a past life as a shaman, a very long time ago... a rich Chinese boy... a servant girl who was murdered by a Knight possibly on Crusade... an East African (Djola) slave child who was killed by a wild animal in a new world jungle...

I feel a connection to Japan and Norway, the scandi countries, I am strongly repulsed by Egypt, NYC, and Central America.

I'm sure there's more but I can't think of them just now.

I have discussed past lives of mine with the others here before. Current body could not handle all my energy, it is burning out. I will give one hint, I have a coffee/tea mug and T-shirt with "I am a dragon trapped in a human body" on it, albeit the dragon is a European species. 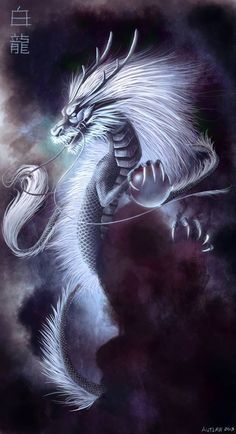 This would be more appropriate for my shirt and cup.
_________________
Warning!: Those who knock on Dragon's doors un-announced may be flame broiled, unless they bear chocolate/wine, or good foods

This is really cool

Kaere, that's very interesting and it sounds like you have some intense and fascinating past lives. In my(limited so far) experience, they tend to be well spaced out over space and time, so the different places and long timeframes you mention make good sense.

Lenzabi, that's really awesome RE the connection with Dragons! I love Dragons and feel drawn to them; one on-off girlfriend of mine who I've been close friends with for over 5 years considers herself to be a Dragon and considers it to be her spiritual animal - just like Lions are for me. It's an interesting concept about you having more energy than your body can handle, and I totally believe that can happen as there are possible explanations for it RE the body burning out, tiring out.
I personally think I have a lot of spiritual energy(Soul energy?) but I still haven't learned to unlock it properly yet - Not in this life so far anyway. Hope that doesn't come across as blowing my own trumpet, it's just something I sense about myself.

RE Places I'm drawn to, I have a powerful connection with The Netherlands; I'm pretty sure I died there in my last life and lived there for years in the life before that. I also feel a strong connection with America, especially New York - and I recently found out that, as well as being Native American in another past life, the guy who I was 3 lives ago apparently had many friends in NYC and loved visiting there. That was a surreal moment.

I originally found out about Past Lives back in the spring of 2010, when my girlfriend at the time introduced me to the idea and gave me one of her Brian Weiss books - it transformed my belief system.
About a year later in April 2011, I had a traumatic dream where I was looking down from mid-air and watching a group of soldiers being buried on a beach - intuition told me that it was a beach somewhere in northern Europe, and that it was late morning on a day in Spring; in my dream, it was overcast but the sun was breaking through the clouds slightly. I felt a horrific sense of sadness and grief, and I actually woke up from that dream in tears. I guessed it must be connected to a past life, but so far I've never managed to pinpoint which one.
Another year or so after that, in March 2012, I had a powerful dream about living in Wales, probably a long time ago, and not being a nice person - certainly I sensed that I wasn't liked by other people. I haven't picked up on this possible past life again since, but I've always been very drawn to Wales and wanted to visit there since I was a kid, and I've always liked the Welsh people too.
The next major development on my personal spiritual journey was when I came across some savings money a couple of years ago which I never knew I had(long story), and that enabled me to pay for repeated sessions with a hypnotherapist, who has enabled and helped me to discover and confirm many past lives and other memories since late 2015. (I still prefer not to access past life memories without her there to guide me, since I don't trust my own spiritual SatNav yet.)

I think we live on a recycle planet, which means to me everything recycles. Our plants goes back into the soil, our bodies, and really everything. I think our children are the product of our parents recycling themselves. I am made from the flesh of my parents I have the blood of my parents so I am constantly being recycled. However I think when the body goes into renewal our memories are partially erased and when we are reborn we don't remember everything from the past life but we do remember some things. I think when we remember some things it is hard for us to confirm it, but it can never be false if I am experiencing remembrance. I cannot be remembering something I have never experienced.

Oh it took some work, and slowing down the information to understand all the past lives, and such I have had, and not just on this planet either. As for the Dragon-hood, yeah, still have to not cook folks even when they show they need it. LOL!

@Lenzabi wrote:Oh it took some work, and slowing down the information to understand all the past lives, and such I have had, and not just on this planet either. As for the Dragon-hood, yeah, still have to not cook folks even when they show they need it. LOL!

Ha, I know that feeling

That's fascinating RE past lives on other planets, you're not the first to mention this as I've read up on it in the past, and my hypnotherapist has mentioned it too. It blows my mind as it would suggest that space travel is much easier and more commonplace than many people have ever realised - but in the form of our soul seemingly travelling on its own. Like I say, mindblowing, LOL! (This is one of the things I'm talking about when I say my experience so far is limited!)

Stargate, that's a good point you've made and I agree, I think we probably do a lot of recycling one way or another, possibly in various ways, although my own understanding of this is limited too so far. I know there's an idea that memory is not just contained in our mind and soul but also in things like our genes and our physical surroundings, and my mind is open to this too, as I'm aware that memories we experience could well be down to a combination of things - the whole idea of this is something I find intriguing.

I forgot, I also believe I had a life where I was a male US (?) soldier who died in their early involvement in Vietnam.

Wow, pretty recent! Your past life would've overlapped with my past life as a racing driver, at least in terms of when we were both alive.
To be honest, the whole thought of recent past lives is one I find electrifying. When I first became familiar with the idea of past lives, I always thought of them as being hundreds or thousands of years ago; When I discovered I had past lives as recent as the 20th Century it really amazed me, especially thinking I could've watched certain classic movies before, read certain books... It's kind of a surreal feeling. You'll be in the same situation then! Have you picked up on any dates connected with this past life? My past life ended in 1973.

I've always had an interest in the Vietnam War as it turns out - recently BBC4 has been showing a new documentary on it as a series, which I've found fascinating if hard to watch at times.

I've been meaning to post about this for a while now: I saw a few episodes of it by chance on Really channel in the UK back in 2017, but hadn't seen it at all since I started this thread - tonight Really showed an episode of it which I happened to tune in right at the start of, and that brought it back into my immediate awareness.

It's called The Ghost Inside My Child, but the name is misleading IMO, because it's about kids who are heavily influenced from a very young age by their past lives:

I think it's really interesting.