The Rise of ISIS

The Rise of ISIS

IT’S the most brutal terrorist regime the world has ever seen, determined to create an Islamic Caliphate across large swathes of the Middle East.

But not only is ISIS terrifying, it’s also filthy rich.

Reports suggest the group could have up to $2 billion in its coffers from a combination of private donations, tax, ransom payments and commercial revenue streams.

Far from being a hodgepodge terrorism network, it now functions much like a state collecting taxes from people in areas under its control.

It also controls key infrastructure like power stations and oilfields in Syria and Iraq where it generates electricity to sell back to the Syrian government, The New York Times reported earlier this year.

It’s wealthy enough to pay its fighters a salary and has also collected millions in ransom from hostages, according to the US state department.

The group is also believed to have stolen millions of dollars from banks in Mosul after taking control of the area in June.

“Unless you’re privy to their books of account no one can definitely know. We know money has been going from the Gulf to Syria. We know they have been selling oil from some of the areas they control. We know they tax people, but how much comes from each, nobody will know except for them.”

However he added the strategy of expanding their reach is part of a plan to rival national governments in the region.

“If you call yourselves a caliphate you need to be able to do everything a government does, that includes infrastructure — the notion of holding dams is as much about claiming to be a government as it is about revenue raising.”

So could Australians filling up their cars with petrol be unwittingly funding the brutal regime?

Dr Shanahan said “there’s no real chance of that happening” as most refined fuel comes to Australia via Singapore.

And regardless of how rich ISIS get, it’s likely to strengthen their brutal regime even further.

“It costs a lot of money to run thousands of fighters in the fields, supply them with ammunition,” Dr Shanahan said.

Yep Rogue. The Raqattaq has upset the delicate balance between Sunni and Shia there.

Isis has been corrupted.....

The goddess Isis portrayed as a woman, wearing a headdress shaped like a throne and with an Ankh in her hand. 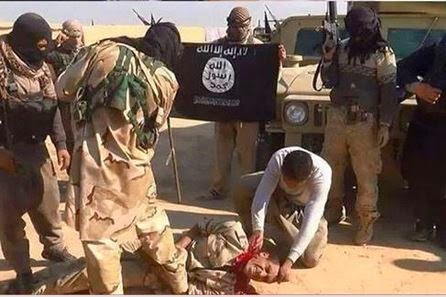 Another perversion by the west.

Got nothing to do with the goddess Isis VM but you already know that.

Financed by Saudi Arabia, Yemen and Turkey (all Sunni). Syria, Iraq against the Malaki Shia, all are a fight between the two main factions of Islam. We so-called Christian countries have nothing to be proud about either with Catholics fighting and slaughtering Protestants and vice versa, for many years.

all the bogey-men the US has created with clumsy world policies
_________________
Warning!: Those who knock on Dragon's doors un-announced may be flame broiled, unless they bear chocolate/wine, or good foods

Yep Len. When you create a monster and finish with him, lock 'em up and throw away the key or they will come back and bite you on the arse.

These conflicts are going to get worse as AGW starts to bite in. The Levant has suffered a drought for several years and the people are fighting over the dwindling resources.

@Rogue wrote:The group is also believed to have stolen millions of dollars from banks in Mosul after taking control of the area in June.

One interesting thing that is probably worth mentioning. Supposedly ISIS scored $500 million in cash from one bank in Mosul. It might just be me, but I've never heard of a local bank carrying that much hard currency on the property before

Apparently they were also getting an income from selling archeological relics on the black market, as well as selling Syria it's oil back.

@Rockhopper wrote:Got nothing to do with the goddess Isis VM but you already know that.

Financed by Saudi Arabia, Yemen and Turkey (all Sunni). Syria, Iraq against the Malaki Shia, all are a fight between the two main factions of Islam. We so-called Christian countries have nothing to be proud about either with Catholics fighting and slaughtering Protestants and vice versa, for many years.

Human nature, all in the Bible my friend. 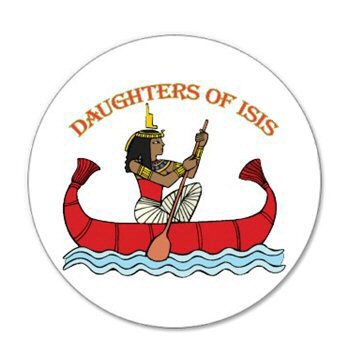 To Muslims Islam is a way of life not just a religion. They take it very seriously. Much like the Westboro Baptist Church in Xtianity.

ISIS is run by a few hot-headed nutters mostly from Saudi Arabia the rest of the Sunnis are just going along with them. The Iraqi Sunnis have some genuine grievances that need addressing.

Here's a video that clarifies some points about ISIS.

ISIS was and is well orchestrated by the powers that were tptW and if one seriousely researches one will see how obvious this i s. Totally set up timeline wise. Yes VM , the ISIS name is deliberate, lsol

ps many many have woken up to this already

Yep it was Ac. When the CIA set up Al Quaida (The Base) in Afganistan they unleashed a monster onto the world that they could never control. The Saudi Royals backed them with Whahabbi nutcases (OBL was one) and oodles of moolah. The US supplied them with arms as well.

The arms from the US are being channelled through Turkey (Sunni) to them supposedly to fight Asad in Syria. Malaki played into their hands by excluding the Iraq Sunnis from the economy. That generated animosity toward the Iraq Govt. The result is what we see now.

Yep Ac. Especially the propaganda from the MSM. Peeps tend to believe that propaganda is only from the other side and overlook the fact that their own use it too.

Cameron warns of IS threat to UK

The UK's terror threat level is being raised from "substantial" to "severe" in response to conflicts in Iraq and Syria, Home Secretary Theresa May says.

The new alert level means an attack on the UK is "highly likely", although Mrs May said there was no intelligence to suggest an attack was "imminent".

It is the second highest of five possible UK threat levels.

It comes amid concern about hundreds of UK nationals who are thought to have travelled abroad to fight.

Efforts are also under way to identify a suspected British jihadist who appeared in Islamic State (IS) footage of the killing of US journalist James Foley.

The extremist group has announced the establishment of a "caliphate", or Islamic state, across parts of Iraq and Syria and has forced members of minority communities from their homes.

'Strongest possible action'
In a statement Mrs May said: "The increase in the threat level is related to developments in Syria and Iraq where terrorist groups are planning attacks against the West.

"Some of those plots are likely to involve foreign fighters who have travelled there from the UK and Europe to take part in those conflicts.

"The first and most important duty of government is the protection of the British people.

"We have already taken steps to improve our powers and increase our capabilities for dealing with the developing terrorist threats we face. That process will continue and the British public should be in no doubt that we will take the strongest possible action to protect our national security."

She said the UK faced a "real and serious" threat from international terrorism, urging members of the public to remain vigilant.

Get the public to watch each other and perhaps they won't watch you... methinks. Misdirection...